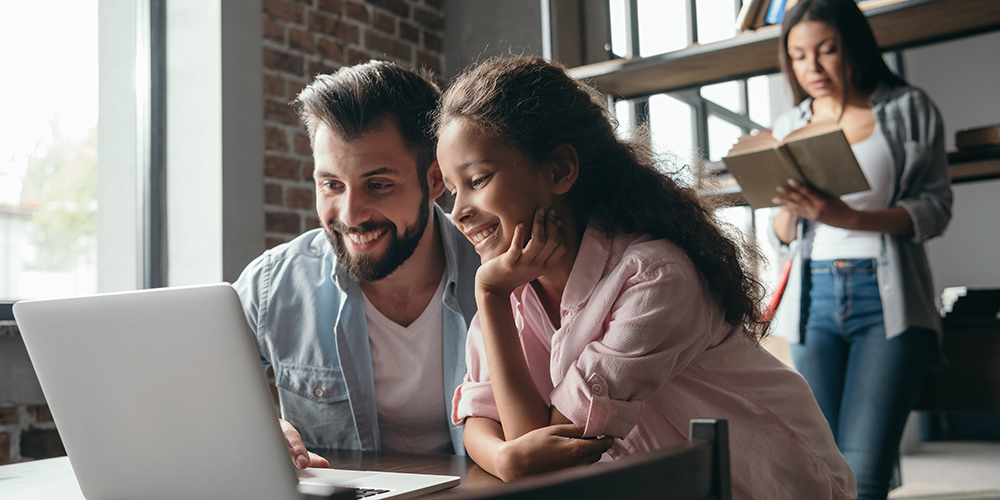 The internet is full of blogs about adoption. It can be challenging to wade through them to find the best of the best. We’ve done it for you. Here is a list of twelve of the top adoption blogs on the web today. These best blogs on adoption share stories of domestic adoption, international adoption, and adoption from foster care, and all beautifully share their unique stories.

Confessions of an Adoptive Parent

With their blog, Mike and Kristin Berry have set out to create a space to share the trials and joys of raising their adopted brood of eight children. They also foster several more. Because they’ve been parenting their children for fourteen years, there is a distinct depth to their knowledge. They also include a unique section on their blog about preserving their marriage in the chaos of raising kids.

Rachel Garlinghouse and her husband have three children, all adopted domestically and all transracial. Her more recent posts have focused on educating people about the world of adoption, from addressing nosy questions to interviewing others who have adopted children. She has written six books, all centered on the theme of adoption.

Ken and Jan Cook have adopted three children (two from Ethiopia and one from China) and are in the process of adopting another child from China. Although they didn’t blog much in 2016 or the early part of 2017, they are back at it now. Their past posts are a beautiful picture of what adoption is like and how adoptive parents don’t just work hard to get their kids, but to get to know them, too.

Stefanie Hanen is a mom of 14 (yes, you read that right), four by birth and ten by adoption from China. All ten of her adopted children have different medical needs, and Stefanie writes about their adoption journeys and life together as a large family. Her photographs are stunning and bring their story to life. Stefanie is also a contributor at No Hands But Ours, a website written by a number of different people who share their stories and experiences with special needs adoption.

The “mom” of Full Plate Mom has eleven children who have come to her and her husband through adoption–domestic, Ghana, China, and soon she’ll add Columbia to that list. She writes regularly about what it’s like to raise their kids as they add more to their brood. She has a well-detailed list of categories for all of her posts so an adoptive parent can easily locate her thoughts on just about every subject related to adoption. Bonus points if you can figure out her real name!

Ordinary Miracles and the Crazy 10

Nancy and her husband (Crazy Me and Papa) have eight children, four biological and four adopted. All four of her adopted children come from Asia, specifically Vietnam and China. Nancy writes beautifully about what life with a large family is like, and her stunning pictures give you a window into her family’s life.

Allie Ferguson writes about the journey she and her husband took to adopt their son Miles in a domestic adoption. She focuses her blog on being a transracial family, and what it’s like for white parents to be raising an African-American child.

Jamie writes openly and honestly about her life raising five children, two who were born to her and three who were adopted from foster care. She talks about homeschooling, being a grandparent, and staying physically fit as a way to relieve her stress and care for herself while caring for her family.

This blog is written by a professional African-American woman who decided to adopt on her own when she was 39 years old. She is mom to a daughter named Hope, and focuses most of her writing on her perspective of being black, raising an adopted child on her own, and taking pride in her heritage.

Rebekah and her husband have adopted five children, one through private domestic adoption and four adoptions through foster care. Three of their boys are the same age. Rebekah writes in a raw and honest way about the difficulties of raising children who come from trauma and the joys her children give her.

Shelley is a former news reporter who is now a full-time mom to four children ages four and under. She and her husband adopted two girls, and then Shelley gave birth to a girl and a boy. She writes about her journey to parenthood and how fulfilling it is to be blessed with four children in such a short period of time after struggling with infertility.

Casper uses her blog to share her story of adopting her children from Ethiopia in 2011 and 2013. As her children settled into their family, Casper began blogging about their family life and raising their kids. She has written a book and is working on her second.

What best blogs on adoption did we miss? Share your favorite adoption blog in the comments!

So what is Adoptionblogs.com all about?

Any cookies that may not be particularly necessary for the website to function and is used specifically to collect user personal data via analytics, ads, other embedded contents are termed as non-necessary cookies. It is mandatory to procure user consent prior to running these cookies on your website.